Let's take a stroll through insanity…

Why did so many different ancient cultures, in so many different places around the world, use such large and cumbersome building blocks to construct their temples & fortresses, when they apparently did not possess any suitable technology for cutting, moving and setting such huge blocks of stone…. or did they?

Please join me on a little stroll into Monolithic Madness…

“The Incan city of Cusco was originally designed and laid out by its builders in the form of a Puma. The fantastic ruins known to the world as Sacsaywaman which are to be found above the city were the head of the puma. Once an elaborate ceremonial centre, Sacsaywamen was partially destroyed by the Spanish conquistadors as a show of strength & authority after an Incan revolt in 1536. Up until the 1930s Sacsaywamen served as a pre-cut rock quarry for the modern city of Cuzco, so now sadly all that remains are the amazing intricately fitted monolithic sized blocks of the lower parts of the walls that stretch across the green landscape, defiantly raising two fingers to the vandalic efforts of the Spanish conquistadors to flatten this monumental achievement of the Incas to the ground.” 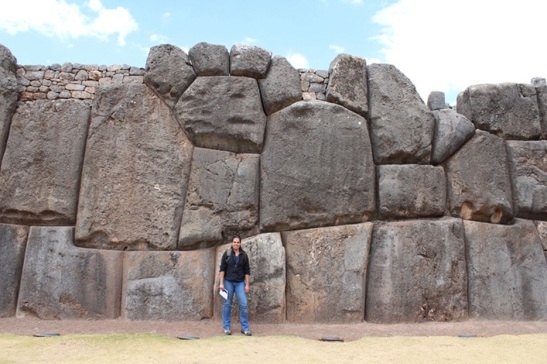 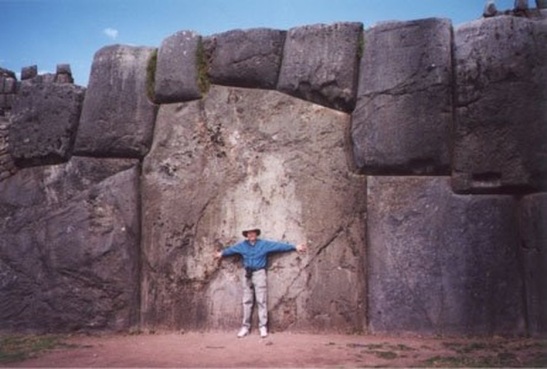 …But the stone masons of the pre-Euro American cultures of South America had developed the baffling ability to shape and flushly assemble monolithic size blocks with great accuracy and apparent ease, but for some strange reason or choice these masons built in a very irregular fashion. The blocks are not laid in even rows, the blocks rarely contain any 90′ Right Angles and some blocks possess 5,6,7,8,9 or more corners on a single face. Yet these unconventional craftsmen still managed to display apparent ease & grace when it came to fitting the faces of these huge abstract blocks together.

The crazy stone block pictured below at Cuzco, has 12 corners, and all its faces fit snuggly to the surrounding blocks. 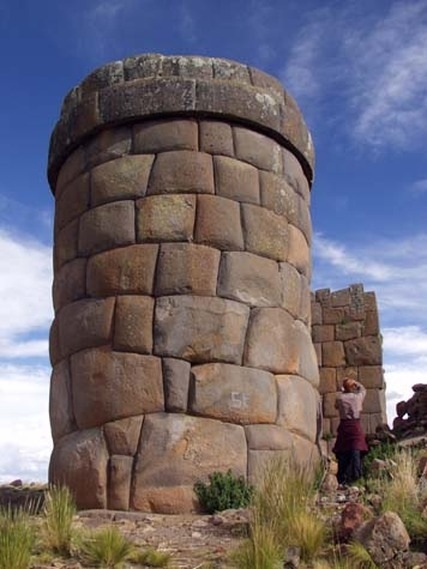 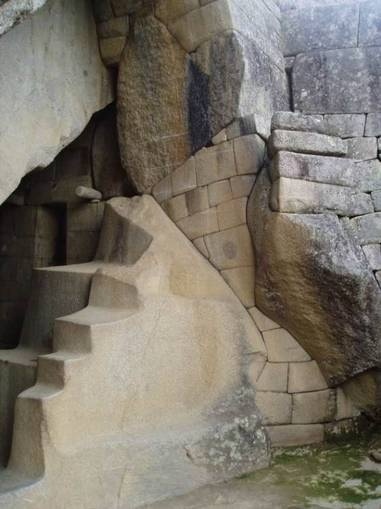 The Odd Shape of Windows & Doors?

The general shape seen in most of the windows and doors is that of a trapezoid, i.e, similar to an oblong with one end being narrower than the other. I wonder if the slight angle of the windows & doors held a symbolic significance to their builders or maybe it was soley the desired fashion of the day.

As already mentioned the masons tended not to build with squared blocks, or to build in even rows, but when it came to the shape and positioning of any windows or doors, a different level of accuracy was practised. Look at the three windows in the pictures below. The lower edge and the upper edge of each window are roughly parallel to each other, there are no sloppy corners, no misjudgement of size and the angles used for the left & right side of each window are consistant… 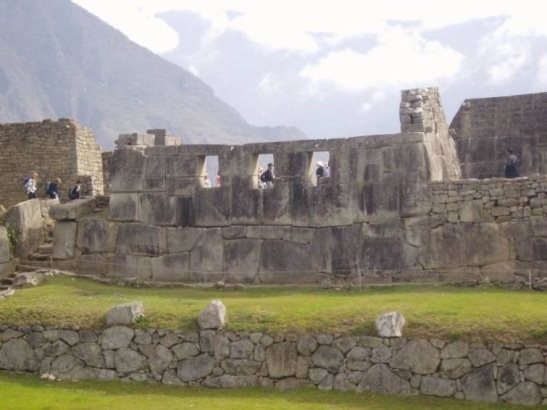 …however, the surrounding blocks still appear non uniformed & sporadic, showing no visible control or ability to determine the size of the final block, as though the masons just smoothed the jagged faces of any boulders which they found lying around, no matter what their size, without any pre-sight or acquired hindsight to standardise the size of the blocks which were used at these sites. 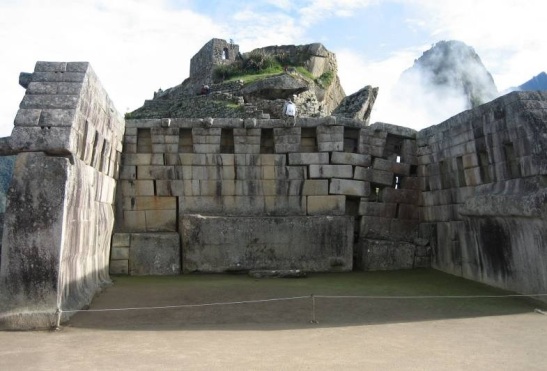